Coaching does (not) always effect a miracle 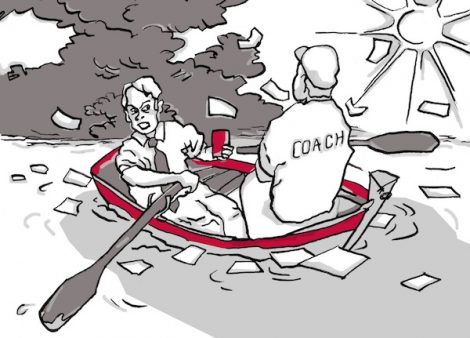 Nowadays almost everyone has a business coach. Therefore the coaching market is booming and notes a rapid growth in several areas. The demand for personal supervision also increases the number of registered coaches. Nearly 8000 (DBVC, 2011) are registered in Germany only. Consequently, the numbers of target-groups and range of offerings rise. Coaching is not anymore reserved for top management but rather seems to be a comprehensive phenomenon of general seeking for identity and meaning.

Associations, which are committed to professionalization of coaching, note a strong growth of members. Coaching is rated as one of the most important HR instruments of the future (Schermuly & Schröder, 2012). Indeed coaching shows an impressive number of positive effects. Clients feel more relieved, develop new points of view, increase their self-reflection, their communication and leading skills and often act more effectively and more productively in favor of their organization (Künzil, 2005). This leads to the question…

Is coaching our new magic cure?

Regarding the coach-variables a lack of supervision was one of the most frequently reason for negative effects. With regard to the clients there was too low of a problem-awareness. Moreover a lack of time was one of the main problems in the coaching process.

Bad transfer conditions in the clients’ organisation blocked the implementation of learnings. In general it was found that the number of topics to be dealt with was correlated with the number of negative effects. Important to mention: duration and intensity of most negative effects were on a very low level. Furthermore, coachings were assessed very successful, independently of occurred negative effects.

The results should have clear implications for the coaching practice. Coaching is effective but not a magic cure. What’s more important is to be sensitive for appropriate circumstances within a coaching in order to avoid negative effects. This means for example, managing expectations with clients, providing supervision for coaches and limiting the number of topics to deal with in a coaching. Eventually, we should keep in mind what is the scope of coaching: to support deep processes of change, which hardly get along without a bittersweet flavor.