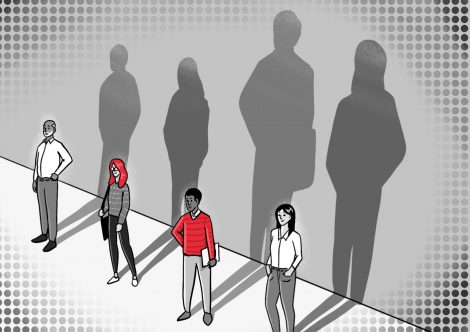 A neutral discussion of the question of power in organizations is still a taboo, at least in public. Not least in media reporting, the perception of managers is shaped by managers who abuse their power and make decisions that serve solely to maintain their own power (for example Wirecard). It seems as if “the powerful” are only working for their own success and are becoming increasingly powerful. However, a look at scientific findings also shows that a pure focus on personal goals can lead to a loss of power. But what exactly is it that leads to losing or retaining power in companies?

Every collective action in organizations is characterized by power (Crozier & Friedberg, 1979). If we want to understand organizations, we should therefore always look at the power dynamics within them. It is important to understand that power only unfolds in social interaction and can therefore be changed. Power is defined as control over valuable resources and is a process that evolves over time and includes the dynamics of gaining, retaining and losing power (Anderson & Brion, 2014).

These dynamics have been studied in organizational research, sociology, and psychology for over 50 years. Cameron Anderson and Sebastien Brion (ebd.) summarized the research findings with a focus on psychological and socio-psychological factors that determine power gain, retention and loss. In particular, they examine the question of under what conditions people in organizations gain and lose power and whether it is really advisable to focus exclusively on one’s own interests if one wants to secure power within the organization.

Studies show that real competence or demographic or physical factors that lead to the person being perceived as competent, the position in the network as well as certain character traits (for example, need for power, self-control or dominance) have a positive influence on the gain in power.

Once one has it, power leads to many advantages within organizations, which in turn enable individuals to maintain their power. According to research, this happens, among other things, because…

… individuals in organizations have an urge to legitimize the status quo.
…other members of the organization perceive those in power more positively than it might correspond to reality.
…power acts as a stress buffer, which brings health benefits and increases the performance of individuals.
…power improves cognitive performance, for example by increasing the ability to set and pursue goals.
…powerholders behave in such a way that their power is secured (e.g. putting certain issues on the agenda, forming coalitions, etc.)

It is thus shown that power can have a positive effect on maintaining oneself. But power is not indisputable. The following factors can lead to loss of power:

It depends on how power is handled

The research results can be quite confusing. Power can have the consequence of both preserving and destroying itself.

An important determinant that determines whether those in power retain or lose their power is how strongly they align their behavior with self-interest or group interests. Based on their research, Keltner et. al (2008) have developed the “reciprocal influence model of social power”, which shows that power is given to those who put group interests first. It has a positive effect on the retention of power when individuals want to gain power for social reasons (and not just for their own sake) and have a personality with which they can and want to promote prosocial behavior in favor of group interests.

What does this mean for managing functions in organizations?

It is thus evident that power that is suppressed and only focused on individual interests can have disadvantages not only for subordinates but also for those in power. Thus, the most desirable type of power is what the philosopher Byung-Chul Han (2005) calls “free power”. This is when others voluntarily follow the power holder because the latter represents collective interests and “freedom and subjugation coincide completely” (ibid.).