Those who we really want, we assess (in)accurately 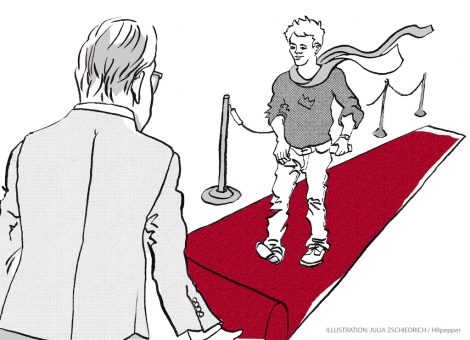 While today only sporadic employee´s markets – restricted to specific industries and occupational groups – exist, this trend will likely become a challenge for the whole economy soon, which calls for a fundamental shift of German companies´ HR policies (Möller & Wolter, 2014). In the course of this development, actively selling the vacancy and the company to the job candidate besides assessing his´ qualification will more and more come to focus in the context of job interviews. Especially when the candidate is deemed attractive to the company, the motivation to convince the candidate that the job and the company is a great fit (“selling orientation”) may even come to the fore of the interview. Does a conflict emerge from assessing a job candidate while simultaneously selling the job to him? Does focusing predominantly on selling the job diminish an interviewer´s ability to predict the candidate´s posterior job performance?

A recent paper by Jennifer C. Marr and Dan M. Cable (2014) sheds light on these questions. The researchers conducted several studies, in which they focused on the assessment of core self-evaluations. The concept of core self-evaluations established itself as the best predictor of work outcomes like work motivation, job performance, and job satisfaction among personality traits (Judge, 2009; cf. also Ganzach & Pazy, 2014). Core self-evaluations are considered a broad personality trait which reflects fundamental evaluations of oneself, in particular with respect to beliefs about one´s abilities and competencies (Judge, 2009).

Regarded this way, the ability of a job interviewer to accurately assess a candidate´s CSE determines in how far he is able to predict the candidate´s posterior job performance. In how far an increased “selling orientation” in job interviews influences the assessment of core self-evaluations has remained ambiguous until Marr and Cable´s studies (2014).

Based on this result, Marr and Cable conducted two field studies. In these studies, they not only worked with “real” interviewers and job candidates, but also investigated the relation with posterior job performance.

They collected data on job interviews for MBA programs and teaching positions at US schools. More precisely, the researchers examined whether a relation between assessed CSE and posterior job performance exists, conditional upon the interviewer focusing more on assessing the candidate or more on selling the job. As an example, job performance of MBA candidates was measured in terms of the number of job offers they received upon graduation.

With interviewers who reported that they were focusing primarily on selling the position during the job interview, no relation could be detected between their assessment of the applicant´s CSE and his posterior success on-the-job. Put differently, in those cases where interviewers focused more on selling than assessment, they were not able to discriminate between posterior successful and unsuccessful candidates based on their assessment of CSE. On the contrary, when interviewers reported that they were focusing primarily on assessment, their evaluations of CSE were significantly related to posterior job success: Candidates rated high on CSE were more likely to turn out successful than those rated low on CSE.

These findings point toward a stumbling block in recruiting: When job candidates are deemed attractive for the company, interviewers are inclined to predominantly sell the job and the company to the candidate rather than focusing on assessment. However, in precisely such situations job interviewers face the risk of being unable to assess the candidate´s actual value for the company. These insights are particularly relevant for small and medium-sized enterprises. In contrast to large enterprises, they are typically equipped with a weaker employer brand and experience more difficulties in attracting many good applications, for which reason they are virtually forced into a “selling orientation” in job interviews. This increases the likelihood of inaccurate predictions of job candidates´ future job performance, which exacerbates the risk of wrong decisions in recruiting from an already poor pool of applicants. In general, if possible, assessing and convincing a candidate that the job is a great fit should be formally separated, for example by splitting the job interview into two separate units with different interviewers each (Rynes, 1991).