Strategy development is (not) an emotional misunderstanding 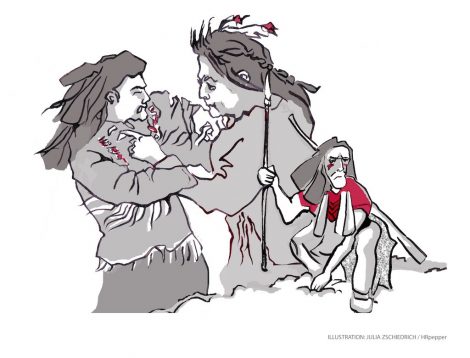 What are the fundamental issues?

Strategy as a result of a strategy development process can be defined in different ways. Pümpin describes the result as “Strategic Position of Success”, Porter explains it as “Competitive Advantages”, Gälweiler summarizes it as “Success Potentials” respectively “Success Factors”. Numerous works in scientific literature dealing with strategizing processes convey the impression that the significance of a strategy development process depends on the manner of implementation. Four-Phase Models compete with Six-Phase Models, intuitive strategy development with expert-oriented strategy development. However, which influence do emotions have on the strategizing process? The study “Emotional Dynamics and Strategizing Processes: A Study of Strategic Conversations in Top Team Meetings” considers this issue. Thus, it is questioned how emotions influence the discursive process through which strategy is developed. In doing so, the researchers analyzed individual social situations (microethnography) in order to derive insights concerning individual behavioral patterns. Over the course of several weeks, they attended strategy meetings of a high-tech company regarding ten strategy relevant topics. So far, numerous studies verified the importance of emotions for strategies. A large number of studies focused on the influence of emotions of individuals and neglected the emotional reaction of others during the analysis.

From investigations concerning the influence of emotions in groups, it is known that emotional signals can have a great impact on group dynamics and processes as for example decision making. This insight combined with the conclusion that earlier investigations rather focused on small sections of the strategizing process and the emotional behavior of a single team member, is exactly what lead to the present study.

The result of this study lies in the finding of established relationships between the five emotional dynamics and the five different qualities of the strategizing process.

Energetic exchange – All team members interact with each other in an excited way throughout the discussion, with occasional displays of amusement. The result is a generative strategizing process.

Amused encounter – One team member rejects the leader´s proposal with amusement, followed by collective amusement and excited counter-arguments by team members, leading to a higher satisfaction within the group. The result is an integrative strategizing process.

Unempathic interaction – One team member´s increasingly excited appeal for help and proposal receives only light-hearted and prescriptive reactions, which lead to frustration, annoyance, and withdrawal. The result is a fracturing strategizing process.

Along with the realization that a relationship exists between emotions and the way of strategizing processes, an additional dimension was identified as important influencing factor, namely the urgency of the discussed issue. It was found that topics which require no decision or activity allow an intense and energetic exchange. When decisions or activities are required at short notice, it either motivated towards an amused and entertaining exchange or the course of the discussion was dominated by emotional tugs of war.

As an overall insight, the study emphasizes that emotional reactions of others cause relationship dynamics which again influence the way of communicating and the process outcome. Furthermore, it was noted that topics which do not require immediate decision making are discussed much more energetically and lead to an agreement process more easily.