Many talents (do not) improve team performance 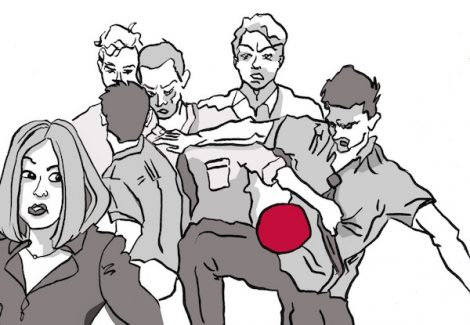 The World Cup is over and again some teams brimming with superstars did not achieve the expected results. Is it possible that a team has too many talented individuals? Is there a „too-much-talent-effect“?

More talent facilitates better team performance. This is a common belief and widespread intuition supported by surveys across industry and countries. Is this really true?

The analysis of data on the performance of soccer teams during the FIFA World Cup qualification during 2010 and 2014 shows that the relation between the number of talents and team performance is not always linear and monotonic. Depending on the level of task interdependence and the importance of coordination, too many talents can have a negative impact on team performance. The authors of the study refer to the performance of the French team during the World Cup of 2010 as example for the “too-much-talent effect”, an effect where there is a point when more talent becomes too much talent. The team, consisting of many super stars, failed to live up to expectations.The analysis of data in the period between 2002 and 2012 from the National Basketball Association supports the assumption. Teams with a very high amount of top-players showed slightly reduced court-performance than teams with fewer talents.

In contrary to soccer and basketball, research on baseball data reveals, that in this case the too-much talent effect does not exist. Task interdependence is low and coordination between the players less required.

The too-much talent effect does not exist and there is indeed a linear relation between number of talents and performance. For those teams there can never be too many talents.

How can we transfer these findings to the management of organizations and teams? If you look at high-performing teams in the World Cup or within organizations, the underlying principles are the same. When creating and developing teams, the number of talents should be considered in relation to the required amount of coordination and the level of task interdependence among team mates. Classical sales teams – for example – are driven by individual performance. In these teams there are never too may superstars. In contrary, in case the overall team performance depends on the way to work with each other, as e.g. in strategy teams, top-talents should be mixed with less talented colleagues which are continuously supported by personal development plans.