Trust between team members in virtual teams is (not) possible 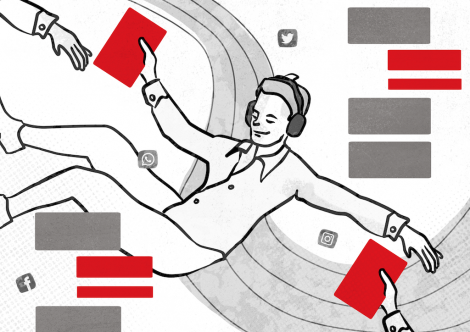 Trust between team members plays an important role in ensuring that they can be successful. But how does trust succeed when team members are located in different places and above all work together virtually?

We have known for a long time how important teamwork is for successful cooperation in organisations. Trust between team members plays a decisive role in this. Due to developments such as globalisation and digitalisation, however, teams are increasingly working together over long distances and in this form exist only as virtual teams. How can managers and organizations deal with this new challenge and how can collaboration in virtual space be effective? Scientific research on this is still scarce, but first deductions are already possible.

Psychological safety is one of the most important factors

If you first look at the topic of teamwork in general, the scientific findings are quite clear. For example, a much-noticed study conducted by Google shows that the success of teams depends primarily on five key success factors (Rozovsky 2015):

These factors also apply to working in virtual teams. It is interesting to note that four out of five factors belong to the emotional dimension and that only one factor is to be found on the structural level.

The first factor deserves special attention. Psychological safety describes the common conviction in the team that it is safe to take interpersonal risks (Goller & Laufer 2018, Edmondson 1999). This describes the subjective feeling of security that mistakes and risks can be taken without being punished with immediate negative consequences through sanctions in the team or similar. According to Goller & Laufer, the most important basis for the psychological safety experienced is trust within a team, which thus creates the basis for efficient cooperation. Breuer et al (2016) confirm these findings and prove that team members who trusted each other were more willing to make efforts, helped each other out and were more satisfied with their work. Especially in virtual teams this can be the decisive factor for a good cooperation. Hence, there is a connection between the trust of the team members among each other, the perceived psychological safety, and the efficiency of the team (Breuer et al. 2016).

However, building trust in virtual teams is more difficult than if the members work together in the same place. The question is: How can an efficient team be created whose members trust each other, but who meet in person at best a few times a year?

On the one hand, various confidence-building measures can be carried out at the personal level when the members do meet physically. These include, for example, team events, team workshops or smaller exercises to build trust. On the other hand, however, structural and procedural measures are necessary, which play a subordinate role in non-virtual teams. Breuer et al. (2016), for example, show that sufficient documentation of the activity can compensate for a lack of trust and have a similar effect on the performance of the team. This means that when activities are recorded in virtual teams as text, audio or video files, the construct of trust is no longer so crucial. A well-managed documentation of the team activities promotes the cooperation of the virtual team.

It is particularly important for virtual teams to invest in measures that contribute to building trust or that substitute for it. Personal meetings, which should take place at regular intervals despite working at different locations, contribute to this. In addition, clear rules and well-managed documentation can compensate for the naturally lower level of trust.