Creativity killed the spouse, but careful selection brought it back 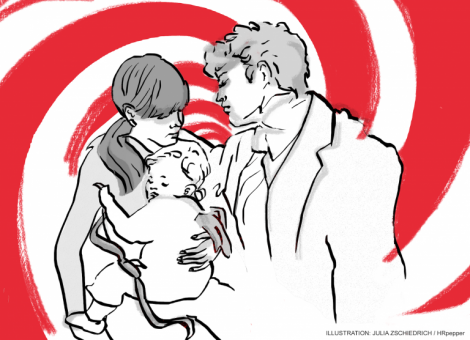 There is this old phrase that curiosity killed the cat and satisfaction brought it back. It refers to the dangers of investigation or experimentation, while indicating that taking this risk leads to resurrection of the cat because of the satisfaction it felt after finding out. Neither we know if ever a cat got resurrected by satisfaction nor if creativity ever killed a spouse. However, what we do know thanks to a recent study conducted by Harrison and Wagner (2016) is that creative behaviors at work have possible relational costs on life at home in the sense that they lead to less time and quality spent with a spouse.

In today’s innovation-hungry business world, creativity is typically seen as positive—both for the organization that benefits from new ideas and the creative individual because, for example, it enhances its status. However, creativity might also have downstream effects that become more apparent when one leaves the narrows of the workplace context and takes on a broader view by including the social context.

It is well understood that creativity is a product of social forces. Interpersonal relationships are important to behaviors that produce creativity. They stimulate the individual to come up with new ideas and provide a soundboard for evaluating them. The socio-psychological support individuals receive helps them persevere in pursuing explorative activities. This is true not only for professional relationships. Also, support at home and from the family provides significant contributions to employee creativity. But what about the reverse relationship?

Harrison and Wagner elaborate on previous research by Policastro and Gardner (1998) that creative work might be soaking up cognitive resources, i.e. key resources that are essential for relationships. One could go even a step further by saying that engaging in creative behaviors at work is resource depleting and that the individual then feels the need to offset these behaviors by restoring resources at home.

To understand how creativity might impact spousal relationships, Harrison and Wagner integrated for their research insights from resource allocation theory and work‒family conflict theory. To better understand the concept of creativity, they followed the idea of Campbell (1960) who distinguished between variance-focused and selection-focused creative behaviors: “…all creativity is a result of behaviors that generate variations followed by behaviors that selectively retain the solutions that are most adaptive” (p. 843). Variance-focused behaviors can be conceptualized as activities such as problem identification, information searching, and idea generation whereas selection-focused behaviors essentially refer to the notion of idea validation “whereby individuals ask co-workers for feedback to help them with emerging ideas, leading to the closing off of some avenues of exploration and to greater focus on others.” (p.844).

Citing research done by Simon (1995), Harrison and Wagner argue that more cognitive resources are soaked up by variance-focused behaviors, i.e. into discovering and generating ideas and alternatives and not into choosing among them. More importantly, the preoccupation of the mind with such cognitive challenges doesn’t stop when the individual leaves the workplace: “the more insidious outcome is that work lingers on in the mind, such as when a challenging problem or list of problems will not leave the worker alone, resulting in employees who are distant throughout the evening, even though they might have made it home in time for dinner” (p.844).

This is in stark contrast to the impact selection-focused behaviors have on the demand for cognitive resources. Here, Harrison and Wagner argue that the very nature of such activities, i.e. the delimiting of alternatives and possibilities resulting in a termination of the creative process, better enables creative workers to disengage from their work, which leaves them with more cognitive resources to spend at home with their spouse.

In their study, they were able to confirm that variance-focused creative behaviors, that is activities that lead to the development of a new idea at work “have a negative effect on the amount of productive time workers spend with their spouses after work since they use up so many cognitive resources and have few left over for the home domain” (p. 842). In contrast, selection-focused behaviors such as idea validation, or soliciting feedback from others at work about a creative idea, “have positive effects on the allocation of time resources to spousal relationships at home that same day because it allows individuals to leave their work at work” (p. 842).

Interestingly enough, these findings do not only apply to the amount of time individuals are able to spend with their spouses but also to the quality of the interactions between the partners. Research around work‒family conflict theory suggests that workers that engage in variance-focused activities “have fewer resources available to help buffer against the negative affect the spouse might be experiencing on a given day” (p. 845). In other words, because spouses of such engaged employees do not feel that they are being provided with the kind of support they hope for or require, they experience higher levels of negative affect into the evening. This is different for the spouses of employees who left their work at the office after they have completed their creative process by selecting their ideas or narrowing their alternatives. Because these employees enjoy a greater cognitive capacity when arriving at home, “the quality of time spent with their spouses will be such that it helps to alleviate their spouses’ affective pressure.” (p. 845).

Besides insights into the impact of creative activities on time and quality spent at home, Harrison and Wagner were also able to find evidence for a link between an individual’s openness to experiences and its impact on creative behaviors and ultimately, on how the employee allocates time with the spouse. Openness to experience is a broad dimension of personality that exposes individuals to more variety. Hence, during variance-focused behaviors the cognitive resources of an employee open to experiences are further exhausted whereas selection-focused activities use up less resources because “employees high in openness to experience might be particularly receptive to the feedback given to them as they test their ideas. This allows them to consider more ways to restrict their ideas, helping to narrow the set of ways to progress” (p. 846).

What are the implications of Harrison and Wagner’s research? Considering the importance of innovation in today’s business world, business leaders are well advised to provide their employees with work conditions that help them induce and maintain their creativity. As the research shows “the taxing nature of creative work is not confined to work but spills beyond work” (p. 853). That means that both workers and managers can be more mindful about why and when they engage in what kind of creative behaviors. For example, ending a day of creative behavior with idea validation activities helps employees to preserve cognitive resources vital for the evening. Additionally, the intensity of the creative process might vary in any given phase. Following Yuan and Zhou’s reasoning, “… workers do tend to rely more on variance-focused behaviors in the early stages of creative work and selection-focused behaviors near the end” (2008). Managers who are aware how the cognitive workload changes according to the type of creative behaviors can help workers be more conscientious in their transitions between work and home during such resource-intensive stages of a project.