Cover letters are (un)waivable for applications 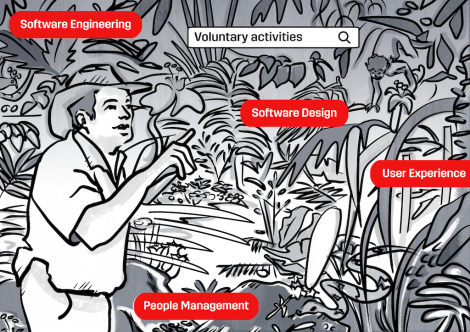 In times of the increasing importance of professional social networks and a lack of skilled workers, the question arises as to the usefulness of letters of motivation in the application process. The first companies already abstain from these letters. So, what are they really doing for recruiters?

Professional social networks play an increasingly important role in recruiting. They offer the possibility of contacting qualified candidates directly, which has become an indispensable channel for many companies, especially in view of the highly sought-after profiles. The professional social networks such as Xing or LinkedIn have thus changed the application process considerably.

Nevertheless, the application and motivation letter is still part of the standard (see e. g. Hesse & Schrader, 2015; Rohrschneider & Lorenz, 2015). The sense or nonsense of the application letter – regardless of which side initiated the application – is currently (again) intensively discussed in the media. In particular, the applicants strongly doubt the added value of such a letter (Indeed application study, 2016).

This view is supported by the fact that recruiters usually take little time to examine the documents carefully. As the ICR Recruiter Study (2012) showed, less than 5 percent of recruiters in companies take more than 15 minutes to submit an application document for a preliminary review. The vast majority of them, on the other hand, invest a maximum of 5 minutes to decide whether a candidate is interesting.

But how important is the application letter really and does it offer added value for the company’s decision makers? In a study, Kanning (2016) asked HR managers in companies of different sizes what criteria they use to make an initial assessment of an applicant based on the screening of application documents. Initially, it turned out that almost 50 percent of the companies surveyed do not even have generally binding criteria that can be used at first glance in the documents. Most of the respondents had at least a few standards, but only slightly more than 1 percent had a complete catalogue of criteria in use. There are no significant differences in company size (Kanning, 2016).

For the cover letter itself, two things can therefore already be assumed. Firstly, if there are no complete catalogues of criteria, then the expectation that every application must be accompanied by a letter is probably caused by habits and not however derived criteria. Secondly, it is difficult to determine which requirements such a letter must meet in order to “pass”.

At the same time, however, Kanning (2016) notes that letters and their components are of great importance in the review process. More than 80 percent of respondents say that the reasons for their application are of interest to them. The information as to why an applicant fits the position or company also leads to similarly high values. All the information you would expect from a letter of application or motivation. This is followed by a description of the company’s own strengths (approximately 70 percent) and an explanation of the benefits for the potential employer (after all, almost 60 percent), which are also met with quite high interest. There is no difference in terms of company size for all the points mentioned. The only exception to this is the statement on fit, which is even more prominent in larger companies (Kanning, 2016).

In fact, however, the respondents only commented on purely formal criteria of the letter, i.e. the presence or absence of certain information and not which judgement they ultimately derive from it. Kanning (2016) also points out that so far there have not been any studies that reveal to what extent, based on the design of the information in the application letters, conclusions can be drawn about personality traits that would be decisive for the further decision in the process.

In this context, it is worth mentioning that formal criteria play a very important role in the review process by HR managers. “Stains in the documents”, as well as typographical and grammatical errors are mentioned as criteria by 88 percent of the respondents and are thus represent the highest rated “formal criteria” (Kanning, 2016).

As has been shown in various studies, apart from the information from the letters and a number of valid criteria, personnel departments also use information that is only partially suitable for the assessment of applicants. This applies, for example, to the criterion of “management experience” or “gap in the CV” (Kanning, 2015).

Therefore, as long as there is no evidence of the validity of the information contained in an application letter, its suitability must be questioned. However, this does not seem to prevent HR managers from using the information they have gathered for their decision-making processes, as the study shows (Kanning, 2015). Only if that changes or if the suitability of application letters is proven, a final judgement can be made about their meaningfulness.

To conclude from the applicant’s point of view that it is not worth the effort to write the cover letter and that the application works without it, is therefore probably wrong, as long as the components of the cover letter are given such great importance in the HR department and as long as they are used alongside other criteria for evaluation. Rather, it might make sense to focus a (large) amount of attention on typographical errors and grammar when compiling letters. And for those responsible for human resources, this means that they have to rethink their decision criteria, because a decision based solely on the cover letter is probably not justifiable and an application, which is not accompanied by a cover letter, cannot be excluded from the further proceedings in principle, may under certain circumstances be a non-revisable error for a company, as this may result in the loss of a suitable candidate.