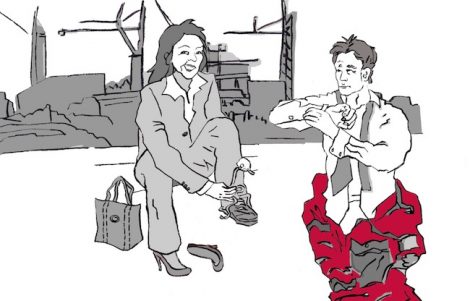 Every manager has heard the prophecies of the old hands during his career: Change projects are costly, potentially threatening to a career and only rarely reach their goal. In order to prove this argument, it is often undermined with the magic 70-percent-rule: 7 out of 10 initiatives do not achieve the desired results. Where does this empirical value come from? How reliable is this quota?

Mark Hughes pursued this interest. He analyzed five frequently cited and influential studies. The contributions range from consulting companies (Bain and Company, McKinsey and Company) to classics of change literature (e.g. Kotter, Beer, Noharia, Hammer, etc.). Every example cited by Hughes postulates a failure rate of 70 percent for change processes. It is bitter, that none of the authors can cite empirical evidence and continue to use empirical values as an argument independently of each other. Is this magical number therefore just a myth based on assumptions and estimates? Five arguments state that this is indeed the case.

2. Organizational change as context-dependent construct
Typically, organizational change is a long-term, evolving process on the basis of strategic settlement. With other words, the strategic frame is of utmost importance. A comparative evaluation in different companies runs aground on contextual references and differences.

3. Different perspectives on the outcome of change processes
Even though science is trying to remain objective during evaluations, this does not always succeed in practice. Raters are unconsciously influenced by their individual and subjective interpretations of change and therefore alter the outcome of measurements.

4. Time and outcomes of change
The time at which the result of an initiative is evaluated, has a great influence on its perceived success. One example: In Tom Peters` work “In Search of Excellence“, he publishes companies who are performing excellently. Two years after the publication, a third of the excellent organizations had financial problems.

5. The measurability of outcomes
In practice, a typical pattern emerges in evaluations: First, the data which is easily measurable, is collected. Then, the values more difficult to quantify are determined and in a third step, it is decided on values which cannot be measured in a serious way. If something is not measurable, then apparently it is not important, so the widely spread logic. In short: There is a tendency to neglect qualitative aspects.

All five arguments raise doubts about the general 70-percent-formula and whether it is empirically ascertainable. Since its evidence could never be demonstrated, this quota can be regarded as myth. Over the years, it has spread as empirical value through articles and books. Whether or not change is challenging, is out of question. But whether it is actually predestined to fail in 70 percent of the cases, is more than questionable.